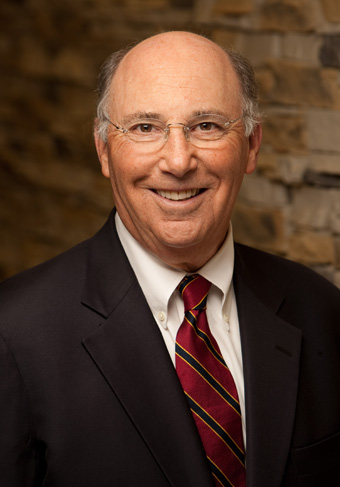 Judge Barry C. Schneider (Ret.) served on the Maricopa County Superior Court for 21 years, from 1986 to 2007. He first practiced in New York City and moved to Phoenix in 1971. He was an associate at Langerman, Begam, Lewis, Leonard & Marks until 1977, when he formed the partnership Rosen & Schneider, Ltd. He has a strong background in Arizona civil litigation from the perspective of both a judge and a civil trial attorney. While on the bench, he served on the Criminal Department, in addition to serving as Presiding Civil Department Judge and Presiding Family Law Judge. His 18-month tenure on the Arizona Supreme Court’s Committee on Jury Reform led to groundbreaking changes in the rules and practice of jury trials in Arizona.

Judge Schneider has been instrumental in establishing ADR as part of the legal culture in the Arizona community. Shortly after his appointment to the bench, Judge Schneider attended the Arizona Supreme Court’s first-ever Settlement Conference Workshop and recognized the need for the court to provide ADR services to the public. He was one of four judges to participate in a pilot project giving judges the authority to order parties to attend settlement conferences conducted by one of the pilot judges. The settlement conferences occurred in cases assigned to the pilot judges approximately 60–90 days before the trial date. The success of the project ultimately led to the adoption of a statewide rule of civil procedure, which gave all the Superior Court judges in the state, as well as any party in the litigation, the power to compel settlement conferences to be held at the courthouse at no cost to the parties. That rule is still in effect and is widely used. Judge Schneider trained many Arizona judges in ADR proceedings and techniques, and conducted hundreds of settlement conferences in all types of civil cases, including medical and ordinary negligence, products liability, and commercial litigation. He also provided early leadership in the promotion and development of summary jury trials in Maricopa County, leading to the adoption of the highly successful short trial program in Maricopa County. He has published articles in the American Bar Association publication Litigation describing his experiences. He is certified by the American Arbitration Association as a neutral.

Judge Schneider is certified by the American Arbitration Association to serve on the Commercial Arbitration Panel. He also serves as a private arbitrator in a variety of matters, including:

Judge Schneider’s experience on the Bench has enabled him to be appointed as a Special Discovery Master both in federal and state courts. His assignments have included:

Judge Schneider has been asked to serve as an expert in a variety of cases, including:

Judge Schneider has provided services as a non-testifying consultant to give a judicial perspective to complement and enhance your litigation strategy.

Since his appointment to the Bench and continuing through today, Judge Schneider has contributed as a leader or member of a number of committees of the Arizona Supreme Court, the Superior Court of Arizona, the State Bar of Arizona, and the Maricopa County Bar Association. These include:

Judge Schneider chaired numerous committees as Presiding Judge of the Civil and Family Court Departments, including the Study Committees of each department. The committees included judges and lawyers addressing issues of interest to the legal community.

Judge Schneider has served as a presenter at numerous seminars given by the State Bar of Arizona, the Maricopa County Bar Association, the Association of Trial Lawyers of Arizona, the Arizona Association of Defense Counsel, and other private Continuing Legal Education groups on a variety of topics, including trial practice, evidence, motion practice, jury selection, jury reform, effective case management, settlement conferences, ethics, and unauthorized practice of law. He has lectured on jury reform in Washington, Wyoming, and the District of Columbia; and has discussed the confidentiality of settlement agreements at an ALI-ABA program on products liability in Boston, Massachusetts.